Strong to the core. Supple to the fingertips. 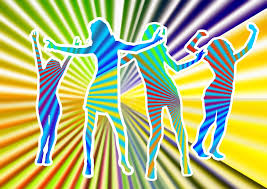 How much do you value movement? March 5, 2017Brave Bodies0 Comments

Let’s face it; ours is not a very healthy society. The NHS is caving in under the strain of our collective un-wellness. Many of us are overweight and succumbing to less that ideal food choices every day. We spend most of our waking hours sitting, and the majority of us cannot do a single press up. We have a body that allows for a fabulous variety of use; the actions it can perform are virtually endless, but we use a fraction of that capacity. We deteriorate from under-use. How did we get to this place?

I normally talk a lot about the activities of early humans — what we are designed to do: carry water, drag logs, run after prey, and walk for miles collecting food and moving from one place to the next, often while carrying children or babies in our arms, or on our backs. Lots of squatting, reaching, climbing, hanging, swinging, jumping, just to make life possible. Today, though, I want to talk about recent history. I want you to think back to when you were a child. What messages did you get about the importance of movement and exercise — from your family, friends, school, community? And which ones are you passing on in return?

My parents were, to borrow from the biomechanist Katy Bowman, “ninjas of sitting.” We never went for a hike together, let alone a jog, and I can count on the fingers of one hand the instance when we would all head out for a family walk. My mum worked in the same street where we lived and a leisurely stroll to her office took two minutes, and my dad drove daily to the local hospital, which was perhaps 2 kilometers away, hardly a long commute. We had a large garden out of town where we’d spend our weekends; my mum tending to the veggie beds, my dad kicking the petrol-powered uncooperative lawnmower with a cigarette in his mouth, and I practicing backbends and jumping over my elastic band stretched between two poles until there was no grass left beneath me. That was the extent of our family exercise; I was pretty much on my own. My parents were happiest at home sitting on the sofa, drinking coffee and discussing politics while listening to Chopin. I learned on my own how to skate, and secretly how to ride a bike at the age of ten — my dad was paranoid that I’d get injured so I had to hide that from him. Riding my friend’s bike around our sleepy little town was one of the most exhilarating experiences of my childhood, probably also because it was forbidden.

As is obvious, my parents, especially my dad, placed low value on exercise and movement. Being good at PE was not a priority — it wasn’t part of being “smart.” It was what the “dumb” kids were good at, the only domain where they could excel. A decade later while I was at uni the USA, leisure science was again viewed as the easy-peasy “major” that you can just breezily waltz through as other students burn midnight oil cramming for their physics or business exams — the stuff of the “real world”. Health and fitness = degree for dummies. This attitude of society towards activity and physical skill is also crystal-clear when we look at the way jobs are compensated: manual labour, or work that’s carried out by using our bodies, has, in the vast majority of cases, the lowest value. This very fact has chased most of us into the office and onto our behinds. There is virtually no work left for us which is well-paid and also involves us being physical. Isn’t this sad?

When thinking of someone who’s interested in fitness, we probably hold a stereotypical image of a mountain of muscle with a pin-head lifting dumbbells (is there a particular reason they are called that?). Schools offer meagre two hours of PE at best per week, and children are allowed to opt out for a plethora of reasons. Outside of PE, kids are actively discouraged from moving during class time — no fidgeting, no getting up, no gum-chewing, even though all of these have actually been found to increase concentration. We hammer our kids into their seats for most of their waking hours, and then despair that they are overweight, unmotivated, inactive, and permanently attached to their devices instead of being outside climbing trees and building dens. We have imposed on them being sedentary, although it went against their very nature, and that’s what they get good at. And the same has happened to us, too.

The truth is, movement is life. We pay for its lack dearly. My father died of a heart attack at the age of 54. My mum followed eight years later, dying of a brain aneurysm at the age of 58. I cannot for certain say that she brought this tragic brain trauma on herself by her poor choices; however, widowed people have a much higher likelihood of dying within nine years of the death of their partner than others, so perhaps I can blame dad for both of them? His smoking and stubbornly inactive lifestyle stole him from our family way before his time. He’d be eighty this year; truth to be said, he looked nearly eighty before he died. So yes, I hold a bit of a grudge… and behind these experiences lies my drive not to follow the same fate, and help others to live better, longer.

Learning about the human body, and human health in general, is fascinating and complex, and a life-long endeavour for anyone who ventures into this field. I believe all of us should. Why do we want our children to memorise the periodic table and have no idea about the optimal structure and function of their body? Why aren’t kids taught about good posture, about what bones and muscles they’re made of and what these do, about how to look after themselves? Why do I come across teenagers who don’t know where their hips are? Why is there such a disconnect between the mind and the body? They are one. The mind does not exist outside the body. Our cognitive processes need functioning hardware to take place, and just the right chemical balance to be any good. How do we expect our children to do well if they spend their days chair-bound, with restricted circulation and blood flow not only to their limbs, but their brain? And how do we expect ourselves to do well after decades of sitting at a desk in front of a flickering screen?

I’d love for you to have a think about how you can change or improve some of your core beliefs about physical activity. If you’re anything like me, you’ll be facing some unpleasant paradigms. Start shifting from a “low value” mindset to a “high value” one. It may well put many more years into your life, and much more life into your years.

This week’s paper is here: www.paper.li/bravebodies

Enjoy and let me know about your own thoughts on this subject!

Stay brave, and keep on moving :).

FAQ: What you may want to know before coming to class

Read what our clients have to say!